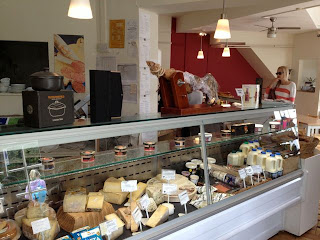 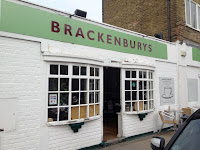 We spent the morning cleaning and packing and then treated ourselves to a lovely lunch at our local Brackenbury Deli. 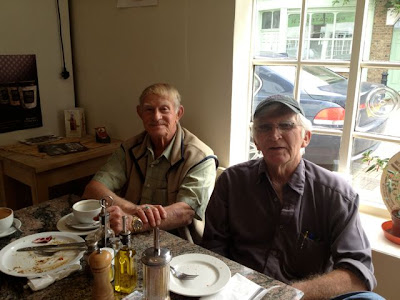 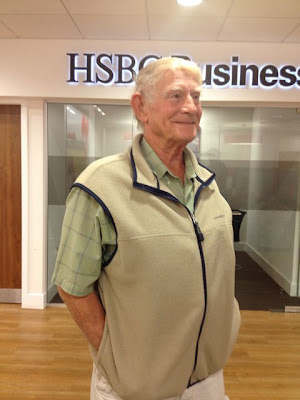 Then we had a few errands to do:  going to Boots, the local drug store for contact lens solution and hand cream, mailing some last minute postcards, and most importantly, Don had to go pick up his U.S. dollars that he was getting from closing his British HSBC Bank account.  He received his cash in four white envelopes which he promptly tucked in to his shirt and then zipped up his outer vest.  I felt a bit like I was in a James Bond movie! 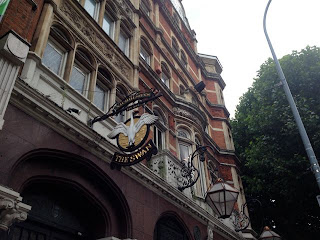 Having completed all our domestic chores, Loren suggested that we go get a pint at The Swan.  I was sure Don would say no as he wanted to get his cash home, but then again, would Don ever turn down an offer for a pint?

In the Swan there was a large contingent of Scotsmen all dressed up in their kilts.  I asked what was the occasion and one lad told me that Scotland was playing England tomorrow in football.  There is a huge rivalry between the Scots and the Brits and they were expecting a huge inundation of Scotsman in to the city. 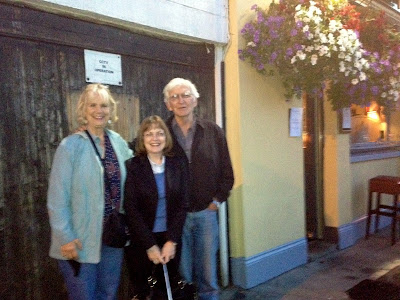 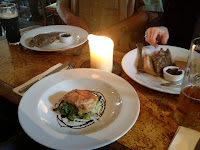 We came back to 78 Brackenbury Street for little lie down before meeting Loren's cousin Barbara and heading to the Andover Arms pub which is just around the corner and was where we had dinner on our first night here.  We thought it appropriate that we have our last dinner here as well.  It was delicious,  and I had my final fish and chips with a Honey Dew Lager.  It was great having Barbara join us in our final meal in London.

A great ending to a great visit.


I have always thought highly of London, but these three weeks have brought this city way up in my esteem and admiration. The protagonist of Saroyan's wartime novel, The Adventures of Wesley Jackson says,

I say unabashedly, "I am in love with London."
Posted by nanwebware at 1:25 PM

Farewell you three!! London will miss you - the pubs of London will now experience economic decline, tube travellers will have no one to talk to, but on the plus side the fish stocks now recover!! Have a safe journey home. Richard

Nancy, thank you for the tour. I'm not sure if you have saved me the miles and dollars or f you have coaxed me into winging it over your pond and spending all my dollars.
Fantastic blog!

You might be flying back right now as I write, so I wish you all a great flight. And thank you again for your blogs - they were all terrific!