Cuernavaca is Alive and Well- 2017 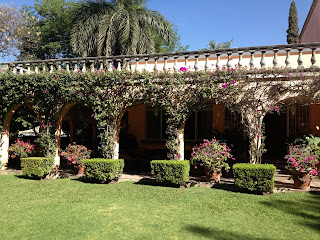 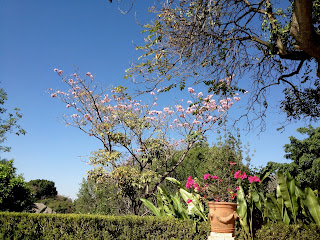 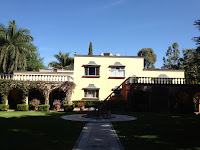 We had an uneventful trip to Mexico City where Pepe was waiting for us at the airport.

Fred and Kat, our wonderful hosts along with three other couples had postponed margarita time until we arrived, so we started off our visit with margaritas and a great discussion.

There are a few rules that are affirmed when new guests arrive:

Although the one conversation at a time rule may sound difficult, over the years it has come to be appreciated by all and Fred needs fewer occasions to remind us.  The end result is that everyone is a part of the discussions which make them lively and varied.

Last night Trump became the topic quite quickly.  It was apparent that there was a range of political stances present, but after a bit, Kat asked the group, "How many people in this room voted for Trump?"  It turned out no one had.

There was a wager on the table that Trump would survive the first four years.  There were several who thought differently.

Some other memorable conversations:
This provoked a lively repartee and it was unanimously agreed that there are angry disenfranchised Americans with legitimate beefs.

I had to counter this and brought up the "alternative truths" that seemed rife in the Trump camp.  I think when he says that if it weren't for 3 million fraudulent votes, he would have won the popular vote, the press needs to call him on that.  There is absolutely no basis for this accusation.  I think it's very dangerous for the president of the United States to aver that our journalists are liars because that undermines the credibility of the information we're getting and opens the door for more alternative truths to thrive.
I found this to be an interesting concept- but it's totally hypothetical because California and NY are very much a part of the mix!
This drew much laughter-  a very apt analogy.  Maybe Baseball's secret electoral college, has something to do with the breaking of the Cub's curse.
I agree that actions speak loudly, but words are also very important and powerful.  I am befuddled by the leeway people give Trump for his outlandish comments about women, judges, celebrities, opponents, Schwartzenegger, and on and on...  Why isn't there more outrage about the smarmy tactics and mean spirited demeanor of this man?
Well I guess we don't have much choice...  wait and see...

Dinner was lovely with red roses on the table for Valentine's Day and a big heart shaped cake surrounded by fresh strawberries.  Then after coffee and chocolates in the salon, we retired.

I can't tell you how great it is to be here! 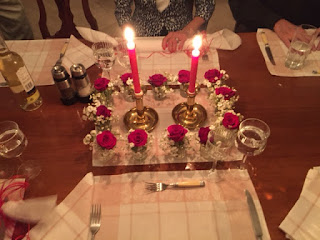 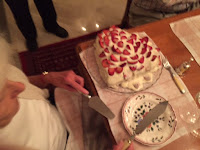 Posted by nanwebware at 3:41 PM

Hi Nance, Glad you and Loren made it to paradise safely. Loved your blog. Wonder what you and your friends thought about Trump's reply to the anti-semitism question during the Netenyahu press conference. Also I'm curious about the less publicized incident involving Elliot Abrams who was chosen by Tillerson as his second in command and then rejected by Trump because Abrams had criticized him during the campaign. Another example of how Trump cannot take criticism and is all about himself, not the country. How can this be good in any way? Cant wait for the next installment. XO