Copacabana: Princess of the Sea 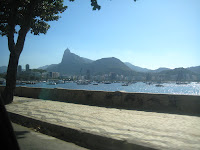 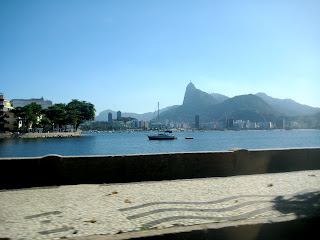 I arrived yesterday in Rio.  Flying over the Bay in the early afternoon was
breathtaking.  We flew directly over Corcovada, which is the big Christ statue on the top of the mountain.  At night, the statue is all lit up and looks as if Christ is suspended over the city.  Rio reminds me a lot of San Francisco, although I think I have to admit that Rio is the more beautiful city. 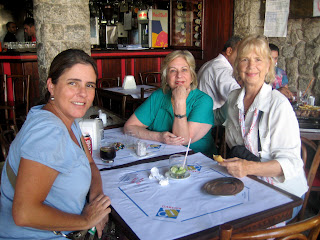 Glorita and her daughter, Juliana, met me at the airport.  We drove around the Bay, and stopped at a little cafe overlooking a small beach where I had my first Cariocan  caiparinha! 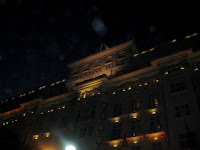 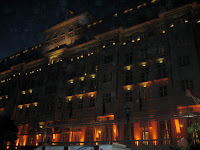 Later on in the afternoon, Glorita and I got dressed up a little and went to the famous Copacabana Palace Hotel.  Two years ago on my last visit we went there and pretended we were part of the "beautiful people."  So we wanted to go again. 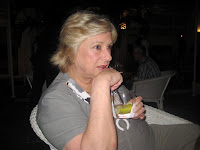 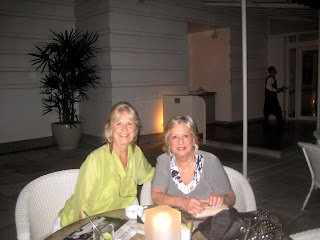 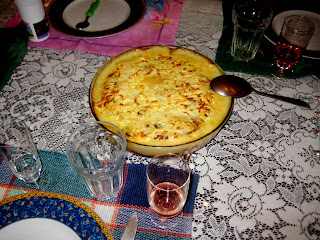 Then we came home to a delicious fish dinner that Juliana prepared for us.

We invited Geroncio, Glorita's very dear friend, to come for dinner and it was wonderful to see him again. 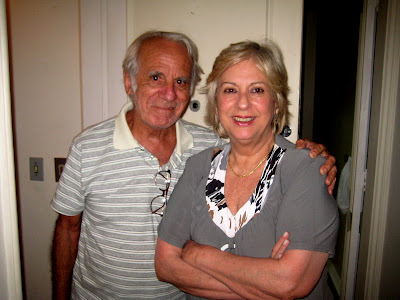 Juliana's beautiful children, Heliosa and Guilherme, entertained us with their chatter.  They couldn't understand that I only spoke English, and kept talking to me, but I didn't understand what they were saying! 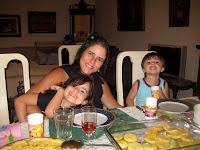 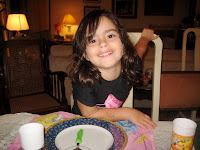 The next day, Heliosa and Guilherme got ready to go to school.  Here they are leaving! 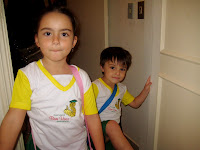 Today we are going out to drive around Rio.  I am hoping to take Glorita to the Rio Yacht Club for a drink.  I think it will be fun to see if the RBYC club card will work here!!  Then we are going to a Tapas restaurant for dinner.  More later...