Do you believe there is a place such as this?  This is the famous Sugar Loaf Mountain. 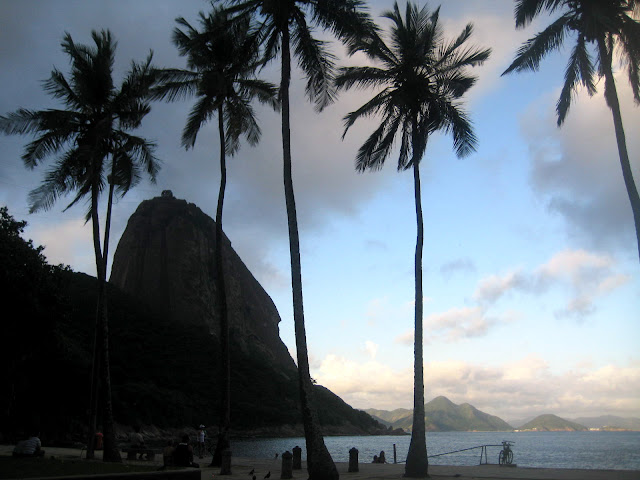 There is a tram that takes you up to one level and then another tram that goes to the top of Sugar Loaf.  We stopped by today, and it was exquisitely beautiful. 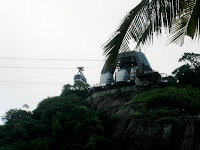 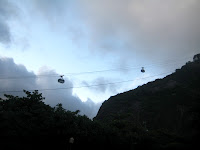 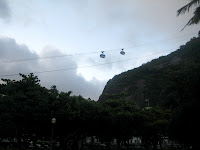 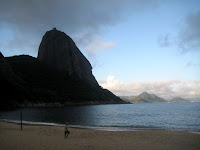 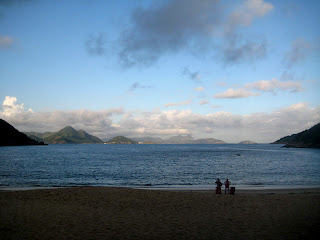 I convinced Glorita to drive to the Iate Clube do Rio de Janeiro (The Rio Yacht Club)- They pronounce it Yachtee Clube.  I thought it would be so much fun to show my RBYC, ask for reciprocity, and have a caipirinha.  But alas, the guard would not honor my card.  He brought out a pamphlet of acceptable yacht clubs and the St. Francis was there and the San Francisco Yacht Club, but not RBYC.  I felt a little rejected, but took some pictures before we had to leave!! 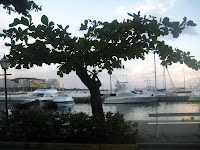 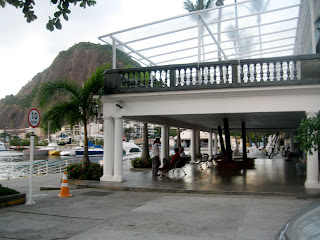 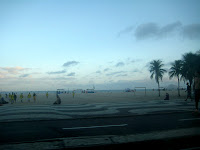 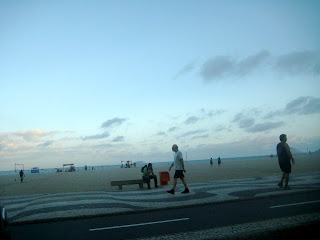 We drove along the Bay from Le Blon to Ipanemah back to Copacabana.

We stopped at a small cafe where, sitting outside, we had our caiprinhas and some sausage. 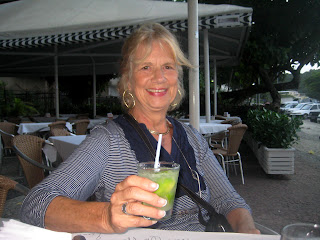 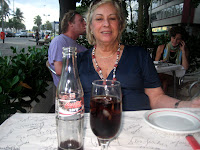 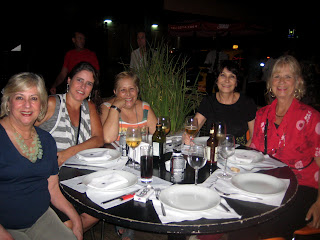 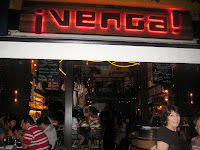 The evening ended with a delicious dinner at a restaurant in Ipaneimah with some of Glorita's friends.  There were seven of us all together, and they all spoke English except one, but when the conversation got heated, which it did quite frequently, the Portuguese was swirling around my head like an excited ping-pong match.  I just sat back and reveled in the sounds of laughter and good times.
We arrived back home around midnight and Glorita and I stayed up until 2:00 watching Pride and Glory!  I love this life, but I'm not sure I could keep it up on a daily basis!
Not sure what today will bring...

Posted by nanwebware at 6:58 AM