Food For The Mind

As I mentioned in a previous blog, I will attempt to convey some of the lively conversations we continue to have throughout the day.  Fred Hickman is a very well-informed somewhat conservative Republican.  I always love coming down to Cuernavaca each year to have my liberal ideas challenged.  Fred always makes me rethink my positions, and more often than not, I realize I take stands without really considering both sides or without substantial facts to support my opinions.

Just today, Loren and I walked down to a lovely Inn/restaurant for a coffee and to enjoy the view and chat.  It was here that Loren suggested that I might try to change my perspective.  Instead of thinking of myself as a Democrat, and by doing so perhaps cloud my view of things, he has asked that I think of myself as an Independent with Democratic tendencies.  I'm not sure if it is going to work, because deep down inside, I do think of myself as an Independent.  After all, I did vote for Arnold Schwartzenager!!

There is a cable TV at the house which we turn on during our 7:30 am coffee time to see what is happening around the world.  It is Fox news, and other than having a continual parade of blonde bimbos anchoring their news desks, the content of the news seems adequate.

A news item that has been ripe for discussion is the situation in Wisconsin where the Democrats have fled to Illinois to avoid voting on the Republican Governor, Scott Walker's much needed budget cuts and his proposal to curb union bargaining powers.

I think we are all - Democrats and Republicans alike- in accord that it is a cowardly thing for the Democrats to do.  I especially feel strongly about it.  If this were a company dealing with an issue and people left the board room and refused to deal with it, they would be fired.  Unfortunately for the American Republic, we can't fire our politicians until they are up for re-election!  What I don't understand is why don't the constituents of these renegade Democrats complain.  Everyone knows that the budgets have to be cut; the huge pensions and health care premiums have to have more employee participation.  But no politician is willing to take these hard issues on... except for the Governor from Wisconsin who gets bush wacked from infantile Democrats who run away from their responsibilities.

We had some neighbors in for dinner the other night; a young couple who have just moved to Mexico City and have a house across the way in our Privada in Cuernavaca where they come every weekend.  Ed has been working for the architectural firm Skidmore-Owens-Merrill in London for the past ten years, and has just recently been transferred to Mexico City to be put in charge of the Latin American sales. 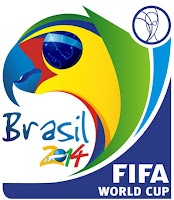 One thing he mentioned caught my ear:  He said the SOM is trying very hard to make themselves available to Brasil to help them with their infrastructure and building for the World Cup and the Olympics.


They recognize the enormous challenges that Brasil has in readying themselves for these huge events, and they know that they could provide some much needed assistance.  But Ed says  that each overture to the Brasilian authorities has been met with a kind of "manana" attitude.  The Brasilians say they will get back to SOM, but then they never do.  Ed feels that time is running out- there are major constructions that need to be done, including expansion of the airport in Rio, the public transportation, the building of more hotels, etc., and the World Cup begins in 2014 with the Olympics following two years later.  Ed characterized the Brasilians as having an attitude that, "Everything will be okay," but he has his doubts!

When I asked him if he had heard about the amazing centerpiece to be built in the middle of the Bay in Rio, he said he had, and just rolled his eyes implying "who is going to build it!"  In my experience with the Brasilians, I couldn't help replying, "You know what, Ed.  I think everything will be okay!"

Of course we have had conversations about the Middle East, and once again, both Republican and Democratic voices have been in accord that what is happening in countries such as Egypt, Libya and Tunisia is quite remarkable. A question that befuddled the entire group was "what is the role of the USA regarding these uprisings.  I tried to illicit Larry Ter Molen's commentary from the perspective of an ex-CIA agent.  I prefaced my question saying that in the past, it has been believed that the CIA has taken an active critical role in bringing down regimes and replacing them with US approved leaders - not always democratic leaders.  Chile is a good example; and look at Mubarek of Egypt that the US has supported over the years.  But I asked Larry if the role of the CIA had changed and, with the transparency brought to the world via Facebook, Wikileaks, and the internet, is it still possible for the CIA to be doing secret negotiations and manipulations behind the scenes.  Without hesitation Larry said, "Oh yes.  You can count on it."  That has me thinking.  Watching the news, I see these young zealots turning out in the thousands demanding freedom.  I see such power in the common man or woman in the streets to change the world.  ....  I wonder what the CIA is doing in these countries?

So it has been very interesting.  In matters regarding Wisconsin, Egypt, Libya - there has not been any real dissension between the two parties.  Even more interesting, when Obama is brought in to the conversation, it is the Democrats that seem a bit more disillusioned and dissatisfied.  Loren is a great supporter of Obama, and both Fred and Kat have said they like him, but "wish he would do more."

A conversation that has brought a little more controversy is about the "Haves and the Have-Nots."  There was an article in a magazine reviewing a book called "Winner Take All Economics"  by Robert Frank and Philip Cook.  The facts seem irrefutable. (Although Fred might say many of them are "soft" data.)  There has never been a time when the gap between the rich and the poor was so disparate since the Great Depression.  In the past twenty years the controlled wealth of the top 1% of this country has grown from 6% to 20%.  The authors of the book contend this is a very unhealthy situation- something that all of us here around the discussion table can agree on as well.  The reasons for this disparity have generally been cast as a shift in the economy away from manufacturing to technology leaving a much greater proportion of the working classes unemployed.  Also the outsourcing of products has taken jobs away from Americans.  What these authors contend, however, is that "it's the Government, Stupid."  We are using an economic system created after WWII to support a 21st Century economy.  Tax legislation has benefited the corporations and wealthy;  and the lack of regulation has allowed financial institutions to reward the management without regard for those below.   For those who believe that a free market will correct itself, the authors of this book want their readers to realize that this just isn't so, and that an uncorrected market or unregulated market is going to run us amok.

It is my belief that one of the biggest problems in this country today is the growing gap between the rich and the poor.  I feel so strongly that Obama missed a great opportunity to begin to correct this gap when he compromised on raising the tax rate of the wealthy from 34% to 39%.  When the retiring VP of Wells Fargo is recorded as receiving a 38 million dollar package while so many Americans are on unemployment, I get disgusted.  Fred would remind me that that $38 million dollars given to the retiring Wells Fargo exec. has no real bearing on the millions of unemployed, and he is probably right.  But it gets my hackles up just the same.

So there you have it for now.  I just wanted you all to know that we are not just down here sipping margaritas and carrot juice.  Our minds are lively and challenged and we will undoubtedly return tanned and much wiser.
Posted by nanwebware at 8:28 AM