We are all fine after the 7.2 earthquake that occurred Friday near Oaxaca.  We all felt some shaking, but Oaxaca is about 400 miles from Cuernavaca so there was no damage.  There was, however, a 7.1 earthquake last September and the epicenter was very near Cuernavaca.  It did a lot of damage which we can still see.  The cathedral is closed and there is a big tent set up on the grounds where mass is given.  Many of the wonderful Diego Rivera murals on Cortez's Castle have crumbled, and the Borda Gardens has yellow tape to prevent visitors from going under archways.

Lest you think that we are only eating and discussing things, I'd like to share some of the wonderful art that abounds in Cuernavaca.  When we went to the George's house for margaritas our first week, they had artwork everywhere.  We were all taken with the artist, Abelardo de la Pena - especially Loren.  He asked Gail George about the artist and they know him well.  Who knows, maybe we'll have an Abelardo print on our walls at 18 Clipper Street. 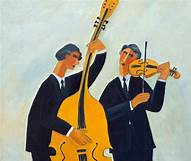 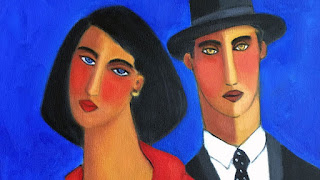 Speaking of Borda Gardens, there was a new exhibit that Kat wanted to see, so we went to visit.  The artist is Pablo Vigil.  He only uses three colors:  Red, White, and Black.  His work is done with a pen and for much of his work, you could draw a line down the center and it would be a mirror image on both sides. 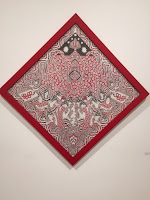 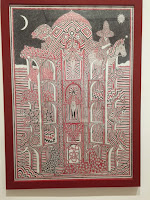 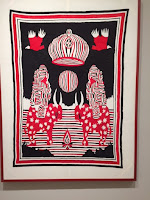 It took me a while to get into these pictures, but after a while I became enthralled.  There was so much going on in each picture and at times I felt like I was looking at one of those children's books "Where's Waldo."  If you looked long enough, hidden things began to appear.

He also did ceramic figures which were very whimsical. 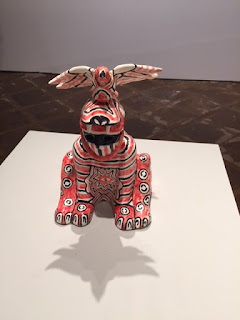 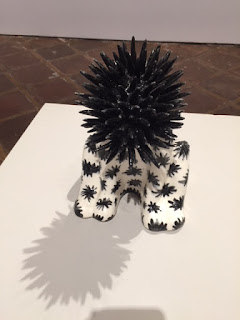 There was another exhibit we discovered as we walked further into the gardens.  The artist was Javier de la Garza and they were bold and colorful. 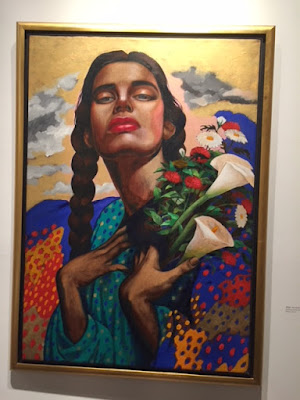 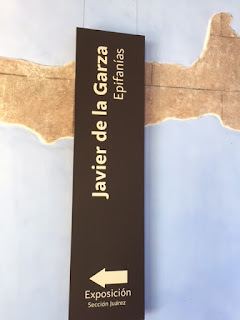 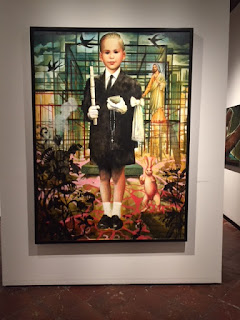 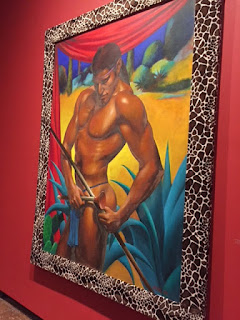 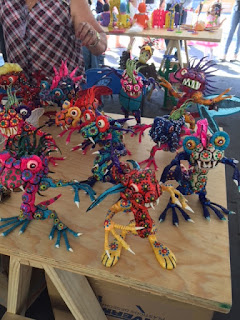 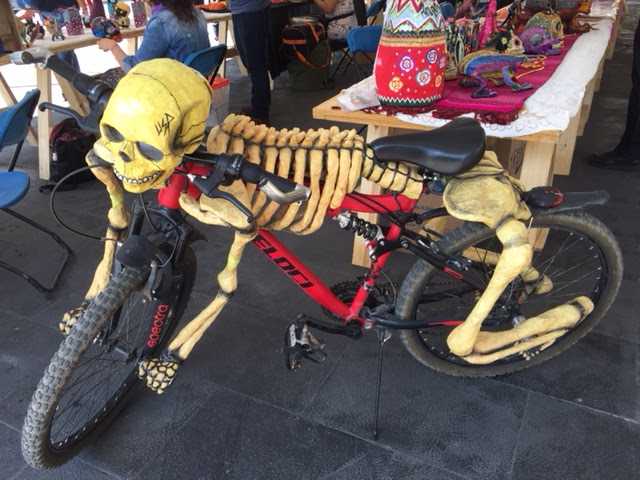 Then yesterday we took our daily trip to the Zocolo and found there was a big tent set up in the center of the square with a cultural arts fair underway.  Much of the work was from Oaxaca.  The colorful crazy-weird animals that are now so popular in the United States, were started by one family in Oaxaca.  I bought some pretty heart earrings made of wood from a very sweet Indian girl.  There were many pieces representing the Day of the Dead.  I have never been drawn to the skulls, but I adored the skeleton on the bicycle! 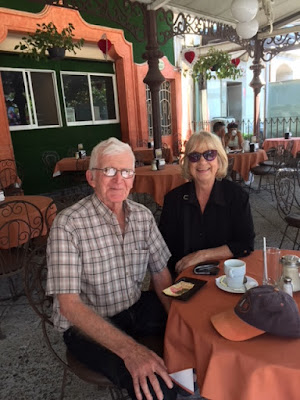 For those of you who have followed my blog in the past, you may recall that over the 29 years that we have been coming, there has always been an ex-Pat table at the Cafe Universal, headed by Bob, an American in a wheel chair.  Bob was a Vet from the Vietnam War, married to a lovely Mexican woman and living in Cuernavaca for a long time.  Burt was a regular at the table whom we got to know.  He was a teacher at the University of Indiana.  There were other regulars, and we always stopped by their table to say hello.  Unfortunately, Bob died this past year and the table has been empty.  Yesterday, we decided to sit at the table in memory of Bob.  It is the passing of an institution.


On Sunday we made a plan to go into the Zocolo in the afternoon to hear the band play in the little gazebo in the center of the small square.  When we arrived there was a loud drumming sound coming from the large Zocolo and we discovered Native American Indians, dressed in their native clothes, dancing to the beat of the drummers as incense swirled around us. 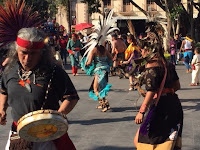 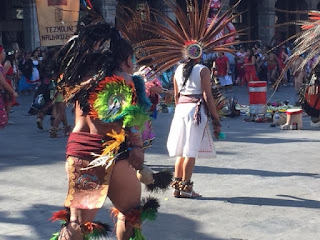 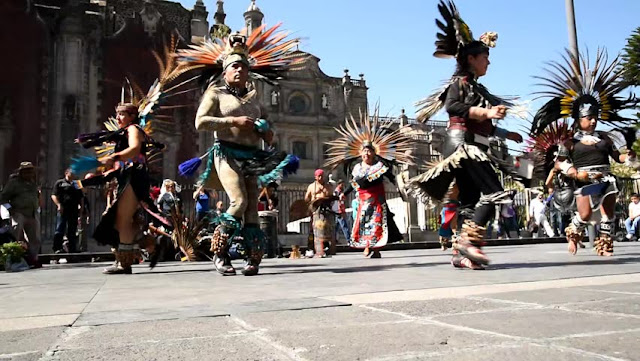 Then we went across the street.  I was struck by how many people were milling about.   Young people; people with families; older people.  The shoe shiners were busy at work;  the balloon sellers were making quick sales;  people were buying mangoes and corn on the cob on sticks from street venders.  And this happens in the town square every Sunday.

At 5:00 the brass band began playing in the gazebo.  The first was a march.  Then they played Sinatra's My Way.  It was such a fun atmosphere and you couldn't help but to smile. 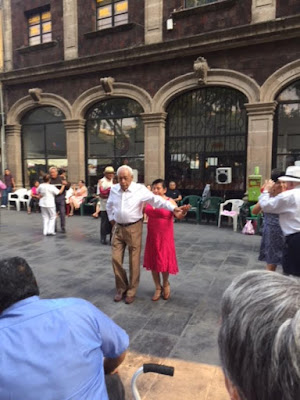 On our way to catch a cab home, we passed by a fairly large group of older people who were dancing to the music they had brought on a boom box.  These people had obviously been dancing together for many years or had practiced at home together because they were really great!  I'm not sure what they were dancing- maybe the meringue, but they were very serious and very good.  And they had drawn quite a large audience to watch them.


Judy and Emil left yesterday and Sonia and Conrad arrived.  We haven't seen Sonia and Conrad for several years, so it's delightful to be with them again.  Stay tuned for what the days ahead may unfold.

Posted by nanwebware at 5:29 AM

Such happiness! I love the paintings in the first series especially. Music, sunshine, art, dancing and friendly folk ~ what could be better or more therapeutic. Keep on delighting in all the wonders that abound.