Can you believe it's December 1st already?  Our last sea day is tomorrow as we wend our way from Ensenada to San Francisco.  It's been a great two weeks, but both Luke and I are ready to get our feet on terra firma. 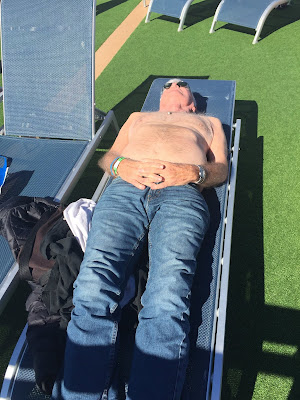 Today, after breakfast, we went in search of the fitness center which we hadn't discovered yet.  That got us up to the top deck -16, where we found a cadre of in-the-know people who were sunning themselves on lounge chairs in a protected area.  We decided to join them.  Luke took his shirt off and was basking in the sun.

I took out my Sunday Times Crossword Puzzle book and was engrossed in that, when all of a sudden a loud noise was heard and a navy jet bomber - just like the Blue Angels - roared right by our ship.  We hadn't seen ANYTHING on the big seas for the entire trip, and here were these fighter bombers looking as if they were attacking our ship! It was quite dramatic.  But then the public address system came on and the Captain told us that it was the military doing some practice runs.  We could vaguely see land in the distance and we figured maybe we were somewhere near San Diego where there is a military base.   It was quite the drama for the morning! 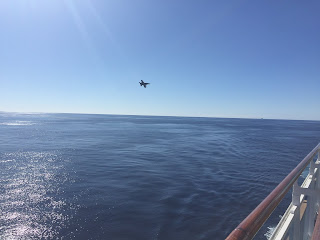 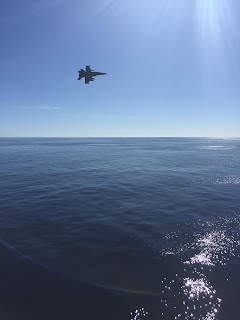 After my Pop Chorus rehearsal, I met Luke in the Princess Theater for the finals of The Voice.  It was a kick-  They had the chairs that turned;  they had the music;  and the emcee, who was the cruise director of entertainment, was hysterical.  There was some very funny banter going on and the talent was pretty good.  There were sic finalists who each sang a song ad then picked a judge.  Then each judge had to select one of their two to go on to the finals.  Then the audience, who.was given an electronic voting remote, voted for the winner.  Ralph won and he was awesome-  He sang Don't Stop Believing and had everyone in the theater clapping for him.  It was very cool. 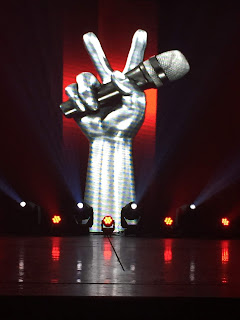 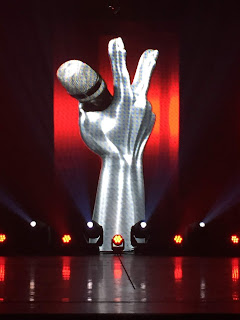 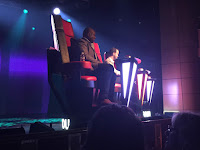 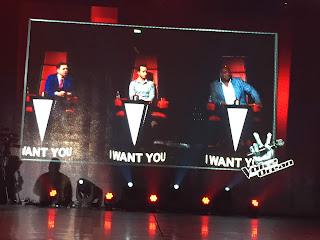 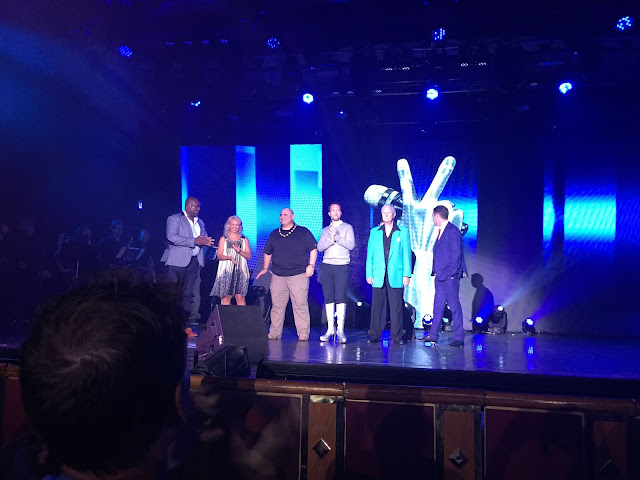 We pulled in to Ensenada, Mexico around 4:00 pm and will be leaving this port at 7:00.  This is a necessary stop because of some U.S. rule that says any ship, not made in the USA, must stop at an international port if they want to stop at an American port. 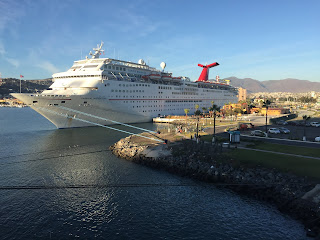 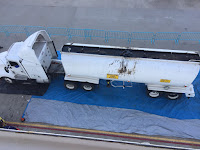 We didn't even get off, because Ensenada really isn't a very interesting place.  Most of the passengers who got off, and there were quite a few, went shopping!!!  There was a Carnival ship in port when we arrived.  An ambulance was waiting for some passenger- we have no details about that, and there was a very large truck that we presume might be a gas truck filling up our tanks!

As we get closer to the end of our voyage, we feel a need to take advantage of as much as we can.  Before dinner, we went to the Wheelhouse Bar and danced to an excellent trio.  The singer was from Mexico and had a beautiful voice.  There were a number of couples on the dance floor, and I just couldn't resist taking a picture of the 5" heels that a lady in her eighties was wearing.  How do these ladies do that? 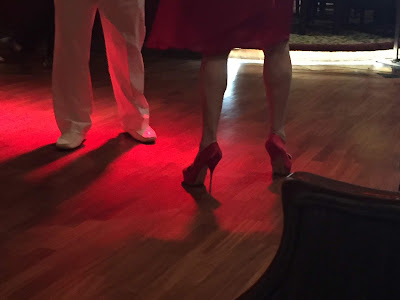 After a lovely dinner, we went to the theater to hear a very good vocalist.  He opened with "I Will Always Love You" which I associate with Whitney Houston, but it was actually written by Dolly Parton!  And he closed with a beautiful Josh Groban song.

But the night was still young.  It was only 10:00, so we went to the Crooner's Bar to hear a wonderful singer/piano player who has quite a following.  Thenwe went to the Explorer's Bar to dance some more to the Brilliantes - another great trio with an exceptional singer from Australia.  They stopped at 11:30 and we called it a night! 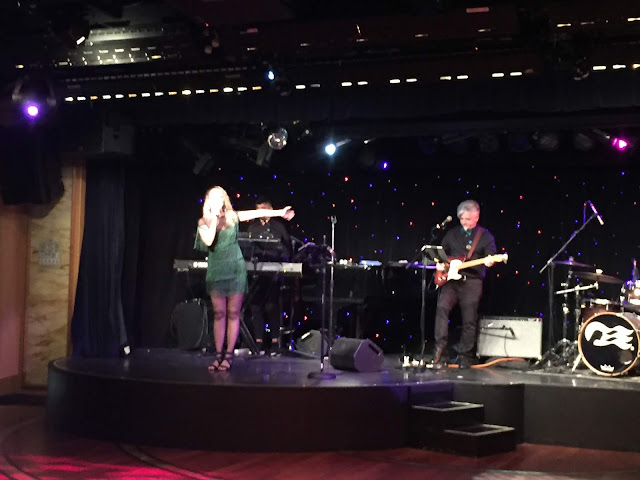 I went out on the balcony tonight and I could see lights, so I guess we're staying fairly near shore- although the Casino was buzzing tonight, so we must be out far enough to be in international waters.

Tomorrow is our last day-  it's been all I had hoped for and more...

So much singing and dancing! Keeping young and vibrant, you two are. But please don’t try those 👠 heels ~ dear goodness ~ an accident waiting to happen at least in my world!