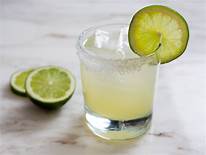 We had one of our most lively discussions the other night, but in trying to recount it all, I find my mind is little fuzzy.  We talked politics, religion and sex but I'm warning you that maybe the margaritas have interfered with my accurate recall and some of which follows may or may not be true!

After reading the blog about "Some Things are Too Hard to Fix," my sister Carol wrote some interesting comments which spurred further discussion.  Here is the context:

This is the part of the blog that Carol is responding to:

Our discussion moved to liberal bastions of higher learning and how two years ago there was a huge uproar and protest when a conservative group from Middlebury College invited Dr. Charles Murray to speak.  Murray had written The Bell Curve, where he implied that intelligence was partially genetic.  Knowing there would be opposition, the conservative group also invited a left-leaning professor from Middlebury to engage in a dialogue.  In his introduction to Murray’s speech, a representative from the American Enterprise Club implored his fellow students to debate Murray rather than shouting him down.   But shout him down they did as well as pound on his car and try to physically harm him.  There was similar violence at UC Berkeley when ex-Breitbart writer Milo Yiannopoulos was barred from speaking at the University of California at Berkeley.  At an academic institution, where you are trying to teach the pursuit of the truth, we must allow all points of view to be heard.  Students have the choice to not attend meetings, but the true scholar might want to hear the other side.  Bob said maybe instead of putting our fingers in our ears, we should try to engage in a dialogue.  We have become so polarized in this country, that anyone with whom we disagree should be avoided.  Our Congress is plagued by the same malady- no dialogue there!

Here are the comments:

Carol:  Just read your latest blog. I’m not sure how to reply on the blog so am emailing u instead. I’m curious as to whether anyone made a distinction between opposing opinions and false opinions. Can there be such a thing as a false opinion? I’m thinking of climate change. Should people who deny its existence be given a platform? Presenting them with facts doesn’t seem to sway them from their almost faith-like adherence to non-scientific fact. The other day Chris Wallace, whom I admire as a first rate interviewer, had Rush Limbaugh on and Wallace sat and smiled and said nothing through a 2 or 3 minute tirade by Limbaugh about the hoax of climate change. I was appalled and so disappointed in one of the few Fox reporters I consider worth listening to. I tried to contact Wallace but because I don’t use Twitter could not. Thoughts?

Nancy: Well false ideas have to be debunked in order to denude them of power. If Wallace has challenged Rush and made him substantiate his claims it could have been interesting. I wonder how they got everyone to believe that the world was round. What a preposterous idea that must have seemed at first.
February 25, 2019 at 8:10 AM

Carol: I worry that some people deliberately make false claims to advance a specific agenda or themselves. So, climate change, which if taken seriously necessitates costly changes to some industries, is dismissed by people in those industries as a hoax. Their reasoning is deliberately not based on fact so any debate simply gives them a platform to advance their own interests, to give the impression that climate change is debatable when it is not. Many people, for many reasons, do not want to face the fact of climate change and will embrace those who call it a hoax. I guess what I’m trying to say is that sometimes giving fake theories or false facts a chance to be debated might be a mistake. There are other examples, evolution, Obama’s birthplace, vaccines causing autism, etc. False opinions need to be debunked but maybe debating them elevates them to a level they don’t deserve.
February 25, 2019 at 8:11 AM

Then my sister, Carol, sent me the following NY Times article which pertains to the discussion.

https://www.nytimes.com/2018/11/26/opinion/climate-change-denial-republican.html
Ok- so that is what I sent to Fred, Kat, Loren, Ginny, Vicky and Bob, and Carol and Bob.  At 7:00 PM we all gathered in the garden room for margaritas.  The discussion quickly revolved around universities and what role they should play in making sure that all students are exposed to a variety of points of view and political persuasions.  It was clear that we all felt college campuses were places where issues should be debated and that conservative speakers should have a platform.  But I pointed out that what Carol was trying to bring up was not just different ideologies, but rather inaccurate, un-truths that were being promulgated - often intentionally, for ill-gotten gains.  I used climate change as an example, but quickly Fred interjected that the science is not all in agreement as to what is causing climate change.  I wanted to get to the core of the discussion, so I let that be (for now) and said, "Ok- let's use Obama's birth certificate as the example."  Trump, even before he began campaigning for President, let fly the rumors that Obama was not an American citizen, that he had a fake birth certificate, that he was really an Arab - after all, with a name like Barak Hussein Obama who would doubt that!  Trump had to have known this was not true, but he consistently touted this mis-information resulting in most of his base believing it.
That's not ok, and where were the truth-finders to debunk lies such as this?  Trump got center stage in talk shows, news interviews and rallies and has used this "belly pulpit" to disseminate lies.  We really didn't have an answer.
Dinner was called so we moved from the margarita room to the dining room and I'm not sure how, but the topic changed to the Catholic priest abuse issue.  The Pope apparently is meeting on this issue as we speak, but has chosen, thus far, not to have any comments about it.  Someone brought up the vow of celibacy as the problem, and Fred had an interesting take on that.  He asked if we knew the difference between Celibacy and Chastity?  We offered that celibacy is a vow not to have any more sex while charity is never having had sex.  According to Fred, the Catholic priests have taken a vow of celibacy which means a vow never to marry - implying it has nothing to do with sex!!  BUT I pointed out that if sex before marriage is a sin in the Catholic Church, which I believe it is, then if you vow not to marry you'd better not have any sex if you want to remain pure in the eyes of your God.
Most of us at the table really didn't much care what the priests did with adult women, nuns or men;  we all drew the line at minors. Some did object saying that made the vow hollow.  But I brought up that even though birth control is against the Catholic religions, at least in America, most Catholics practice birth control with no compunction.
Then Vicky said she thought that over 50% of Catholic priests have had sex.  I asked if she mean't just sex with minors?  No- any sex.  I thought it was probably higher than 50%.  "Why," asked Kat?  "Because sex is just too much fun!" someone exclaimed.
Then we all moved into the salon for after-dinner coffee, where we left the priests but continued on with religion.  Carol and Bob were probably the most religious of our group, being very involved in their church community and activities.  Bob said that his religion, and specifically his church, gave him a way to stay centered and to give back to the community and beyond.  Back in the day when church attendance was high, values and community were easily found.  Today, where do children go to get their values?  Where do families go to be a part of a community?  Someone read that the new church community was now the farmers' market where people assembled every Saturday to exchange bits of news with neighbors and connect with familiar friends.  I can't help think something might be missing in the translation from church to farmers' market....
Kat thought the church provided a comfort for many.  I agreed- it certainly does, but I couldn't help adding that it also wields a lot of power over people- especially women which could be comforting to some, but could also be stifling to others.
In a different context, I mentioned how I never could understand, when a baseball player hits a home run and, as he's crossing home plate, he crosses himself and lifts his eyes to the heavens as if God had something to do with the home run.  Does he really think God is trying too help the Oakland A's win that game?  Many found that not at all objectionable.  If that made him happy, what's the harm?  That gesture is between him and his God.
I wonder if the baseball player's gesture might not bring us full circle back to our discussion of what is truth.  But then again, I think there is no place for a discussion of truth when faith is involved.
Hmm.....
The next morning, Loren reported back to the group about a study done that said only 1% of all Catholic priests in America had been reported to have committed sexual abuse.  The study was announced in 2005 - before much of the public scandal, so we all thought it was a low figure.  But that in no way affects Vicky's guess of 50% or more having any kind of sex.  Vicky and I figure there is probably a lot of hanky pinky going on that is consensual and unreported.  Does anyone out there have any statistics on that?

Posted by nanwebware at 2:36 PM