Hail to the Taxi Drivers of Cuernavaca

We've been here for almost 5 weeks, and I decided to try to do a little survey of our taxi drivers who get us around for almost nothing.  If Gilberto calls a cab for us and he comes directly to the house, the cost is usually 60 pesos or about $3.00.  If we hail a cab on the street, it's usually 40 pesos or a bit more than $2.00 - and that's to go anyplace in the city.  The bus fares are 10 - 25 cents. 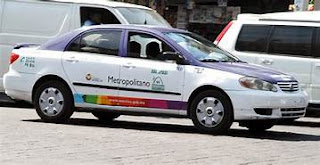 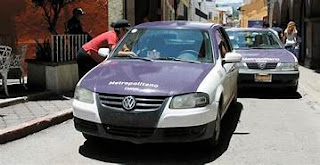 I have taken to asking two questions:   What do you think of your new president, Manuel Obrador, and how about Trump?

All in all, it has been a fun experiment.  It has me using my Spanish.  I'm not totally sure if what I have reported is totally accurate because there was much of the Spanish that I didn't understand.  I would constantly say, "Habla muy despacio, for favor."  But I was very surprised by how many of our drivers had lived in the USA.  I was also surprised that there wasn't a stronger aversion to Trump.  Most of them didn't like him, but they laughed him off and didn't really take him too seriously.  It wasn't like they had a violent hatred towards him which I would have expected.  Maybe it's from having a lot of crazy presidents and politicians of their own - they have come to expect it!

Posted by nanwebware at 3:05 PM