Edna and Larry are leaving tomorrow so they wanted to make sure they fit in a visit to Las Mananitas before they left.  We all decided to meet at Sonia's - a wonderful little shop that sells beautiful silver which is located just across the street from Las Mananitas.  I had vowed not to buy any more silver.  It is very beautiful and very inexpensive, but over these many years I have bought enough of it and it sits in my jewelry box at home unpolished for the most part.  But then I tried on a very unusual necklace and everyone oohed and ached and said it was "so Nancy" that there was nothing I could do but get it.  Loren wasn't there,  and I only had a credit card to pay for it.  The shop keeper asked for cash so he wouldn't have to pay taxes on it, so Mac loaned me  some pesos.  Take a peek at the picture below to see the new purchase!

Las Mananitas is legendary in Cuernavaca.  As a matter of fact, when we first started coming down here I discovered that my ex-husband Tom's grandmother Lacey came to Las Mananitas on her honey moon many,many years ago.  It is a beautiful hotel and restaurant, but the most unusual facet is that is has peacocks and flamingoes strutting around the grounds as we enjoy our very strong margaritas! 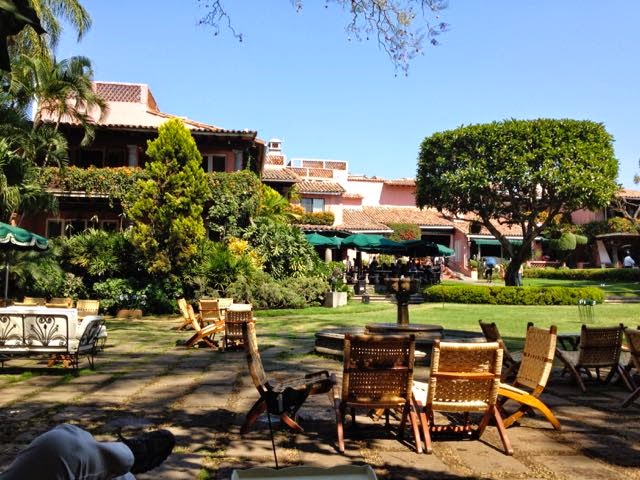 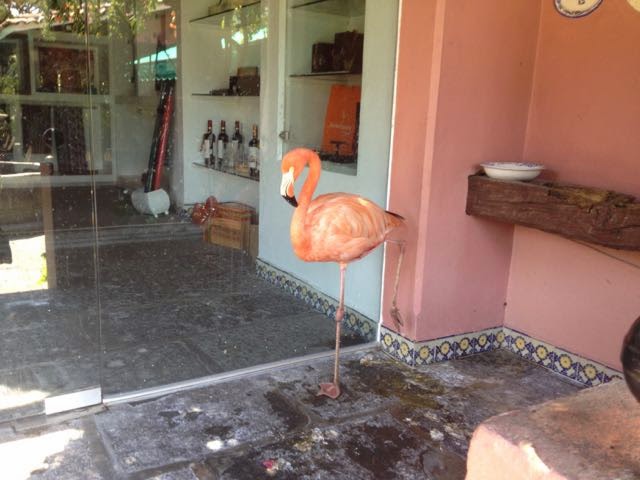 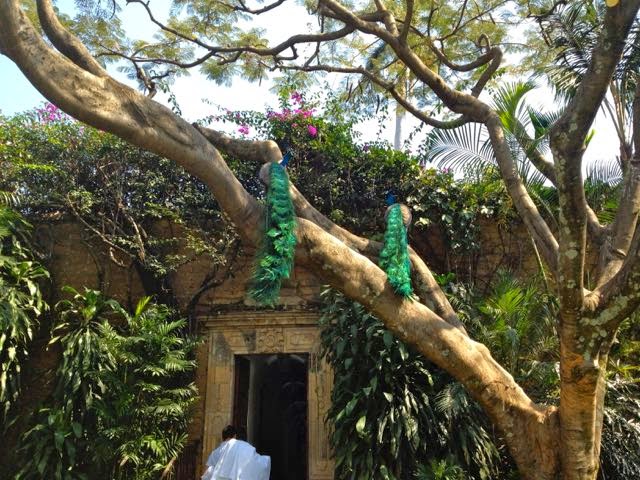 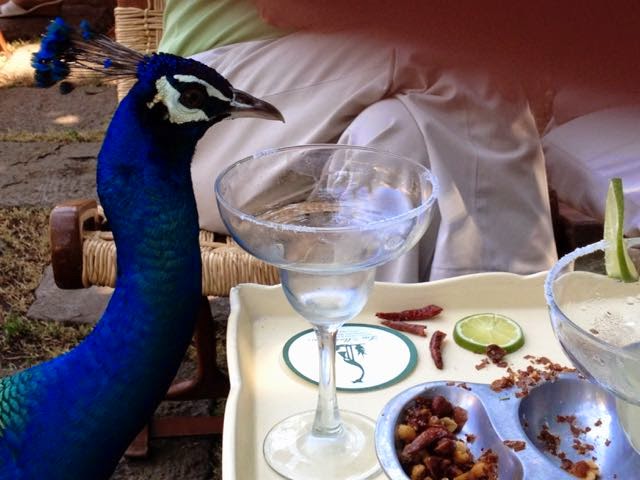 Conversation here is perhaps the most precious gift of all.  It is quite lively and varied and is aided by one of Fred's "Rules of the House."  There are three rules that are announced every time a new couple arrives:

It is this third rule that really makes for interesting conversation, but I am also extremely impressed with the experiences and the sagacious minds of the participants.  Judy informed us that she took the challenge to immerse herself in the early 20th century ex-pat writers in Paris.  Among those she read were F. Scott Fitzgerald, Hemingway, Alice B. Toklas and Gertrude Stein.  Although I don't presume to be in the same category as those luminaries, I do feel Fred and Kat have created an atmosphere here in Cuernavaca similar to a Paris Salon.

Our discussions have ranged from travel to sports to politics to fashion.  One guest is a law professor about to go to Prague to teach a semester on emergency medical law.  "What is emergency medical law?" you might ask, as did we...  It is at the forefront because of the Ebola epidemic and deals with questions like Can a State legally demand that someone be quarantined?  Or can a country bar people from crossing their borders.

One couple determined many years ago that they were going to go to a National Park or a National Monument in every state in the Union.   They have completed that task with the exception of Montana and Idaho which they plan to visit after going to London to spend some time with their son who is over there revamping the public school system.  Their tales and adventures were fascinating and I'm wondering how long it might take and whether I have enough time left to put that on my bucket list.

We have someone here who is a lawyer who works for ESPN and can tell you anything you want to know about sports in the courts and then some.  He says watch out for the Cubs this year;  Tiger is over the hill; and if you read something in the Enquirer...believe it!  They have a terrific cadre of reporters and they usually get it right!

Great stories pop up one of which concerned David Brooks and how he got his start.  As an undergraduate at the University of Chicago, Brooks wrote a parody of William Buckley for the school newspaper.  One day Buckley came to speak on campus.  He walked up to the lecturn and loudly asked, "Is there a David Brooks in the audience?"  David sheepishly raised his hand.  Buckley pointed to him and said, "You're hired!"  Brooks went to work for the New Republic and the rest is history!

Often times one thing leads to another.  After dinner, over coffee, we got on the subject of the OJ Simpson trial.  Someone mentioned Dominique Dunne who was a reporter who wrote about the trial.  That segued into a discussion of his sister-in-law Joan Didion and someone said, "Slouching Towards Bethlehem..." a novel Didion had written.   We all had heard that phrase, but our collective memory could not determine from whence it came.  So we had to consult Google which brought up the Y.B Yeats poem The Second Coming:


Turning and turning in the widening gyre
The falcon cannot hear the falconer;
Things fall apart; the centre cannot hold...
.... And what rough beast, its hour come round at last,
Slouches towards bethlehem to be born?.
which of course we read aloud and decided it was time to turn in for the night as none of us could make much sense of it!!

Before retiring we were all given a print out of The Secret Life of Walter Mitty by Thurber which we plan to discuss over margaritas tonight.
Gertrude Stein must be smiling upon us!!